Tourism in Serbia is a young, but significant, branch of the economy. The territory of Serbia has many attractive mountains of which the most visited and well-known are Kopaonik, Zlatibor, Tara, and Fruška Gora. Along with this there are a large number of spas ( Vrnjačka, Niska, Sokoban-ja, Banja Koviljača), lakes (Đerdapsko, Palić, Perućac), and the cities of Belgrade, Novi Sad, Kragujevac, etc. Cultural landmarks and historic places are centers of cultural and religious tourism. Of the greatest cultural and historic importance are the monasteries: Studenica, Žica, Gračanica, Visoki Dečani, Sopoćani, and others, foreigners who have traveled through Serbia, as far back as the 19th century, wrote about their travels and later even published them as travel books. One ut the first of these travelers was Andrew Archibaldl Paton, who traveled Serbia in 1843 and 1844. 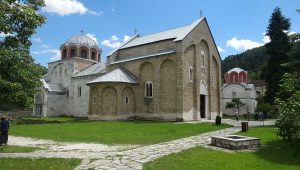 Here is a portion of one of his accounts:

“Smederevo is a three hour horse ride from Pozarevac; the road passes over the Morava, and the land is fertile everywhere, densely populated and well tilled…”

And here is how a recent guest thinks about Serbia:

“When I think of Serbia, I think of its untouched beauty, wonderful cuisine, hospitable and warm people. Serbia as a land is an interesting blend of a rich, long tradition and a modern lifestyle”. 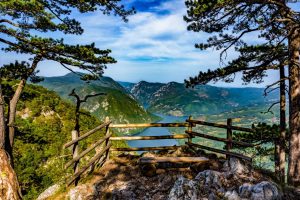